Juice WRLD’s first posthumous album, Legends Never Die, has only been out for less than a week, but it’s already on track for a historic debut. 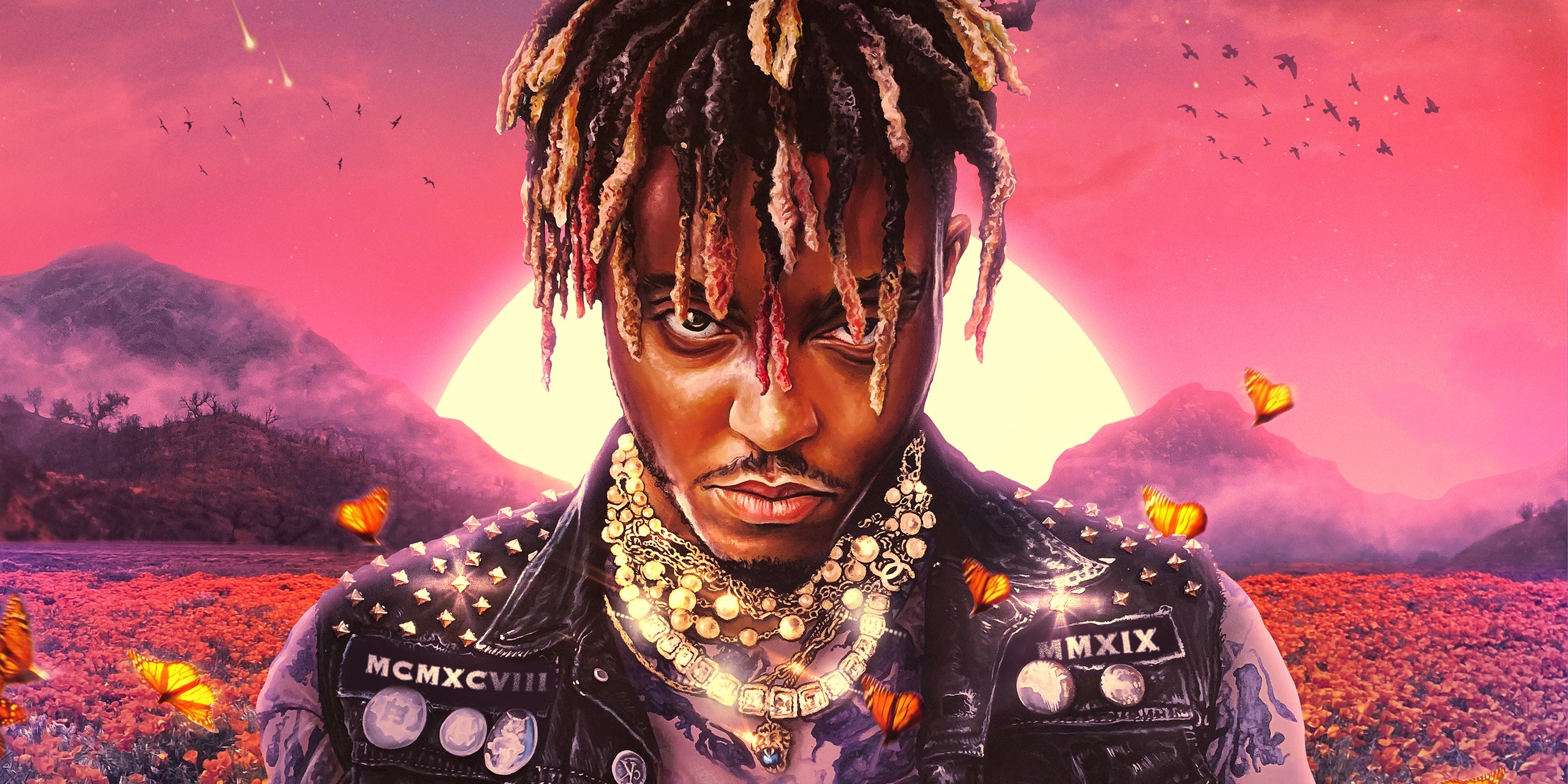 Juice WRLD’s posthumous album opens with the devil closing in. On Conversations, the rapper is avoiding a tête-à-tête with the arch fiend himself, a manifestation of sin and lurking temptation. Across a four-song suite that sets the tone of Legends Never Die, imagery of demons and hell are persistent. Drugs are presented as a way to self-medicate and keep these terrors treed, but they linger within the margins. Throughout the record, the Illinois rapper, is clearly looking for an escape. He never found what he was trying to find.

Juice WRLD, born Jarad Anthony Higgins, died on December 8, 2019, after suffering a seizure at Chicago’s Midway International Airport, less than a week after his 21st birthday. The Cook County medical expert later determined the death was the results of an accidental overdose of oxycodone and codeine. Juice WRLD’s death prompted an outpouring of affection and grief from the likes of Drake, Chance the Rapper, Ski Mask the Slump God, Lil Nas X, Lil Yachty and countless more celebrities and fans. His name became the highest U.S. Twitter trend, while sales and streams of his catalog skyrocketed within the week following his death.

The burden thus falls on this album, allegedly the primary of the many planned for release, to not only assess Juice’s vulnerable and enchantingly accessible music and chart a trajectory left unrealised, but also to dissuade his audience from following an analogous path. Rapper Lil Bibby, head of Juice’s Grade A label and steward of his catalogue, said the album would be representative of “somebody that was fighting addiction, anxiety, detachment” and hoped those listeners who saw their struggles reflected within the songs might seek help. The album itself mines the topics that Juice became known, namely emptiness and its many side-effects: drug abuse, destructive co-dependence, fear of self-sabotage, and, of course, fear of death, which looms around every corner. Like his previous album, 2019’s Death Race for Love, it is overstuffed, sometimes underwritten and sometimes puerile, but there he was finding his voice. These songs open up beyond his internal monologue to reckon along with his public –and by extension, his legacy.

Juice WRLD’s songs have faith in poignancy and self-loathing as a propulsive engine. Legends charts the emo middle ground between those two albums – within the catchy, mopey lovesickness (Come & Go) and within the overwhelming, depressive solitude and insecurity (Can’t Die). And he has never plumbed additional in tune together with his smelting delivery than on Legends Never Die. Juice had distilled his singsong raps through emo pop in the simplest way his most celebrated peers hadn’t, extracting a blend even purer than Post Malone’s; he was the foremost complete artist on his scene, much more refined than XXXtentacion and much less nostalgic than Lil Peep. He had a supernatural endowment for melody and an inherent ability for free-styling that allowed him to churn out songs by the thousands, the simplest of that found producers like Nick Mira and Rex Kudo transmuting components of power pop and punk into vehicles for his rambler rap instincts. Having enraptured removed from the brattish, unloved entice of his debut Goodbye & Good Riddance, songs just like the irradiant Righteous and Up Up and Away look inward at dangerous habits forming.

There’s a recurring theme in his music of threatening his girlfriend with violence at the sheer prospect of leaving him that continues here (Tell Me U Luv Me), and there’s rarely a moment that he thinks of her as much quite a cure for what ails him. But on this album, his relational myopia gives way to a secondary agenda: leading his listeners through their own angst. On Bad Energy and Fighting Demons, he looks like a saint of the melancholy masses. Barely 21, Juice WRLD was barely coming into his own as a person and artist, his talent still taking shape as he matured. Legends Never Die reveals a glum ringleader still finding himself.

Listen to the album here:

Weekly Conversational Podcast for Spotify to be Hosted by Michelle Obama