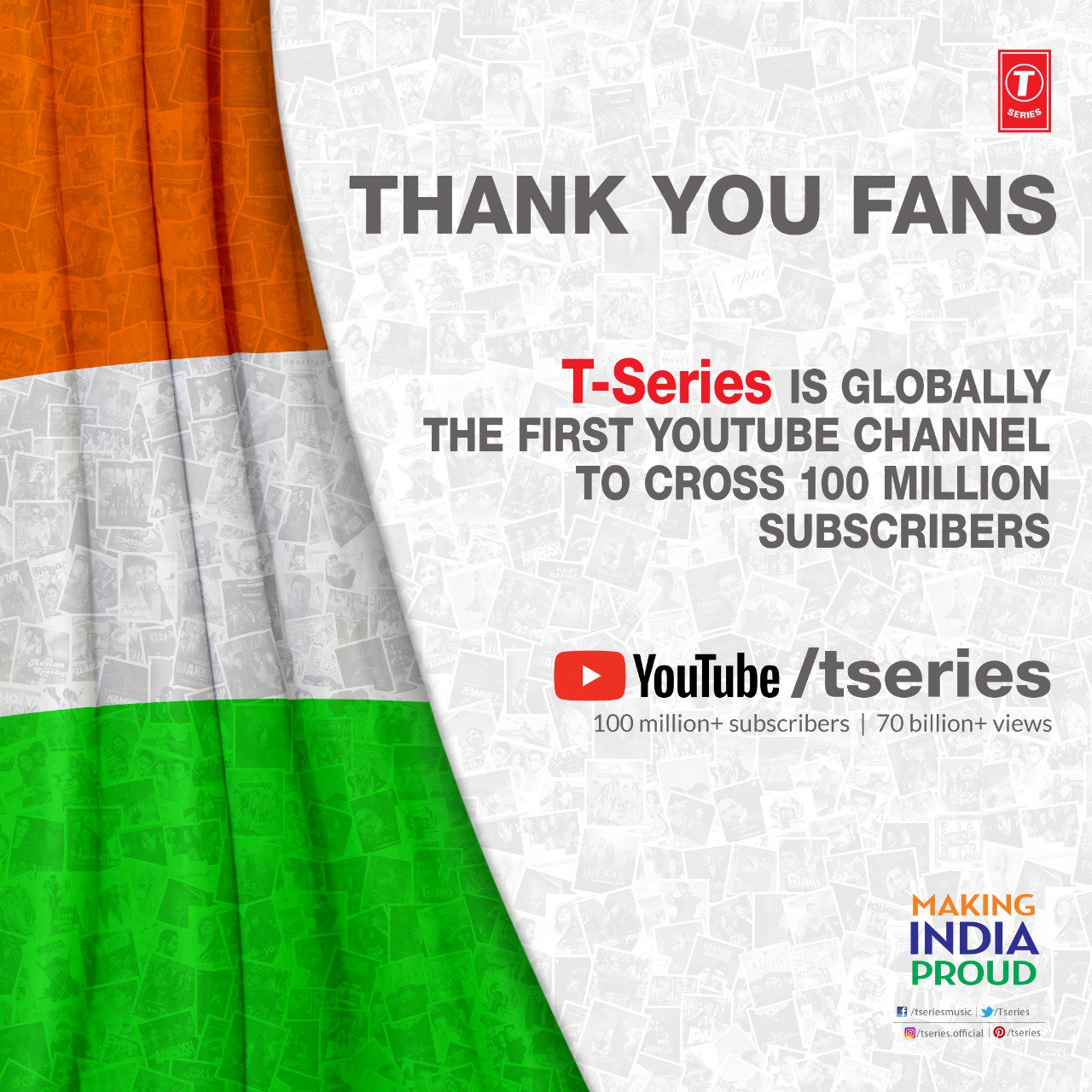 However competition is still stiff for the top position as only till April 2019, 2nd-placed PewDiePie was leading in this race. An intense rivalry was created between the two leading YouTube channels and their fans after T-Series took over the lead momentarily over PewDiePie in Feb 2019, since then both the channels have hit the top spot multiple times with T-Series gaining a significant lead in April 2019. According to Social Blade, a social media analytics page, PewDiePie is predicted to cross 100 million mark by June 2.

A constant surge of new music as well as early adaptation and first mover advantage went in our favour. We pushed our content across offline media and social media platforms without any doubt about what we could achieve, it helped drive traffic to our channel. I am thankful to our loyal consumers who repeatedly showed immense faith in our content. Also thankful to everyone at T-Series who helped take T-Series to new heights.”

This is indeed a proud moment, our teams have put in immense hard work to keep the T-Series flag flying high. Music for us has never been about excel sheets, it’s not a number on a paper. It’s a passion driven by belief in our content. This milestone will further inspires us to conquer new frontiers by offering world class content served through seamless distribution pipes across platforms and to create new benchmarks for ourselves.”

Nobody is interested in making original music for a film: Arjun Kanungo

Italian composer, Ennio Morricone, the mastermind behind many iconic Spaghetti Western soundtracks is no more